A quilt has a unique nurturing effect that comforts and soothes the soul. The warmth of a quilt and its patterns frequently suggest a simpler time that resonates with Alzheimer's patients. You can make a quilt for them. 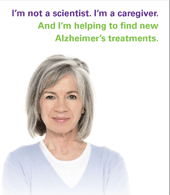 Inside The Brain Tour

From the Alzheimer's Association Research Center: A 16-slide presentation including brain basics and what happens in the brain during the progression of Alzheimer's Disease. 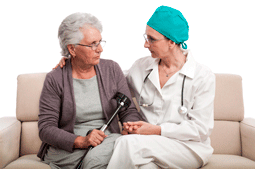 More About Alheimer's Symptoms. The Alzheimer's Association has defined ten tell-tale signs of this terrible disease. We discuss them here. 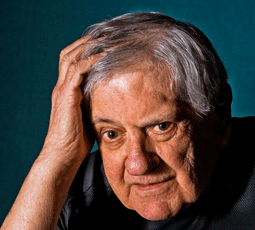 "At first I thought it was a mistake. I was often annoyed with the darling person who shares my life. I was irritable with her because she was pointing out my problems. I used wrong words. I couldn't finish sentences. Of course she thought I just wasn't paying attention to her." 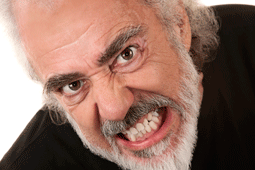 Alzheimer's Treatments There are two directions for treatment of Alzheimer's. The first (called cognitive symptoms) involves memory, language, paying attention, and judgment. The other involves emotional behaviors like temper outbursts, suspiciousness, or withdrawal.

An HBO video about Alheimer's Research 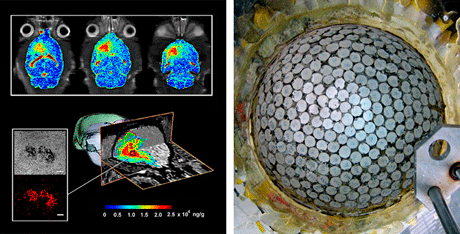 Window In The Brain: A 256-channel ultrasound array could electronically steer ultrasound energy to open the blood-brain barrier and allow medicine to enter the brain.

Engineers at Chang gung University, in Taiwan, have designed a device that sends tiny beams of ultrasound into the brain, allowing drugs to get through something called the "blood-brain barrier."

The blood brain barrier is a protective device created by our bodies. Currently most drugs available for Alzheimer's therapy have large molecules that cannot pass through the blood brain barrier. This new ultrasound device opens the barrier enough to allow these important drugs to pass through. This may be a way to fight Alzheimer's Disease and some other central nervous system diseases.

Professor Hao-Li Liu and his team have devloped a circuit design that delivers two frequencies at once. This is a new idea and quite different from ultrasound machines that we have now. Current devices deliver only one freqency. Two allows modulation and that is key to the progress this team of researchers has made.

Though there is more work to be done with neurologists and clinical trials, this looks very promising.

Researchers in the U.S. and around the globe are searching for ways to prevent and cure Alzheimer's Disease. Many believe that understanding the cause of Alzheimer's will provide valuable clues to prevention and treatment.

Some research directions have resulted in dead ends. Others have introduced more questions than answers. Overall, there is slow steady progression in the research communities. 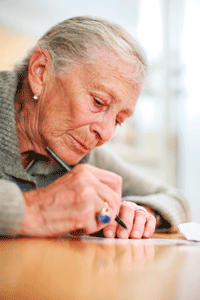 A New Test For Alzheimer's You Can Take At Home

Yes, the rumors are true. There is a new test for Alzheimer's Disease that you can get online and take at home. Researchers at Ohio State University have developed the test. It's called SAGE (Self-Administered Gerocognitive Examination).

As with all new things, there is a caution to consider. If the test results suggest cognitive impairment, it might not mean you have Alzheimer's. There could be another cause such as depression or hidden heart disease. So if, when you take the test, indications are revealed, for goodness sake head for you doctor! 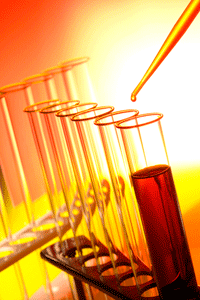 Researchers at Georgetown University have developed a blood test can accurately predict the onset of Alzheimer's Disease. Experts said the results needed to be confirmed, but such a test would be "a real step forward". Read more about this new discovery.

Discovery Could Lead To Drug That Halts Neurogenerative Diseases Including Alzheimer's

Investigators at Southern Methodist University and The University of Texas at Dallas have discovered a family of small molecules that shows promise in protecting brain cells against nerve-degenerative diseases such as Parkinson's, Alzheimer's and Huntington's, which afflict millions.

Dallas-based startup EncephRx, Inc. was granted the worldwide license to the jointly owned compounds. A biotechnology and therapeutics company, EncephRx will develop drug therapies based on the new class of compounds as a pharmaceutical for preventing nerve-cell damage, delaying onset of degenerative nerve disease and improving symptoms.

Treatments currently in use don't stop or reverse degenerative nerve diseases, but instead only alleviate symptoms, sometimes with severe side effects. If proved effective and nontoxic in humans, EncephRx's small- molecule pharmaceutical would be the first therapeutic tools able to stop affected brain cells from dying.